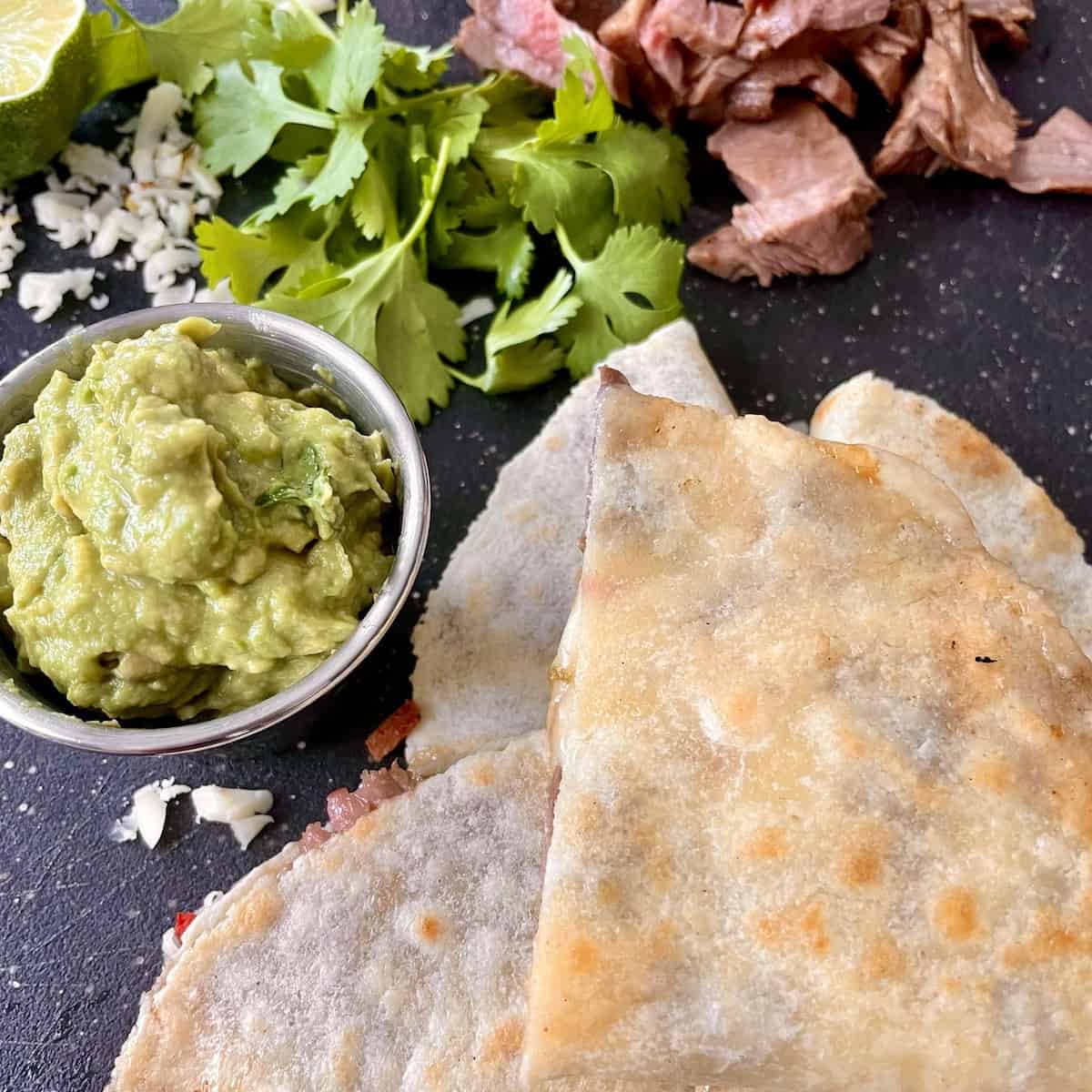 Time to transform leftover carne asada into a melty Carne Asada Quesadilla. It's easy to eat and loaded with flavor.

This carne asada quesadilla is the perfect lunch or quick weeknight meal. The carne asada is marinated to perfection. The melted pepper jack cheese makes this a unique spin on the traditional cheese quesadilla.

This blog post contains affiliate links. As an Amazon Associate I may earn income from qualifying purchases.

There are two key ingredients to this carne asada quesadilla. The first and most important is the carne asada. I perfected the marinade and cooking process for making it on a Traeger Grill. Check out my full recipe for mouth watering and intensely flavorful carne asada.

Next up is the cheese. I'm pretty obsessed with pepper jack in my quesadillas. I like the heat and flavor from the peppers and chilies. That heat combined with the melty goodness from the monterey jack, its a winning combination!

Other than that, we just need some tortillas, butter, and a little leftover carne asada marinade.

Honestly, you don't need much here. I like using a cast iron skillet because the heat stays very consistent, but a nonstick skillet is also fine. 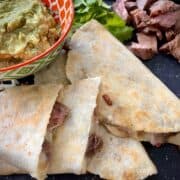 Choose whatever kind of tortilla you like. This recipe is written with flour tortillas. I happen to eat gluten free as much as possible, so pictured here is a soft gluten free tortilla. You could also use corn if you like.

Avocado salad- Check out this bright salad from Cooking Classy. It's bright and well balanced.

Black Beans and Corn- I love the combination of blacks beans and corn. Until I write up my own recipe post, use this one from Martha Stewart.

Mexican green salad- Check out this recipe from Dinner At The Zoo. It's loaded with crunch and fresh ingredients to balance out our plate.